Encounters on any given day provide inspiration for my work in a manner that overlaps and interweaves past experiences. A hand gesture used by a friend, a proverb, a character in a novel, or a detail in a painting. Fleeting bits of conversation. Converging fragments of time. Everything converges toward a description.

I am paying attention, especially to little gestures. Close, almost surgical observations are first captured in sketch form then transformed yet again through clay—mainly porcelain—into figurative sculptures and relief works that need to breathe or utter sound before I can say they are finished. I meld animal and human components to develop specific meaning, symbolism, and psychological impact. This combination allows great freedom in the studio and results in characters that straddle both real and fictional worlds. The resulting figures serve as guides and mediators who escort viewers from one world to an imaginary world. Through calculated arrangements I can strengthen or weaken relationships between figures in installations, thus creating scenes that urge the viewer to question: “What is happening here? Where are they leading me? … ”  Ultimately, I seek to reveal the vulnerable and pathetic side of the human condition as well as the heroic and beautiful.

Somehow recognizable and yet fully detached from the realm of nature, these creatures exercise a long-lasting effect over audiences through their capacity of awakening, disclosing and further stimulating a sense of wonder, amazement and even fear.”

Preuss Grew was born in 1970 in Illinois and raised by a German immigrant in the west Chicago suburb of Elmhurst. She earned three degrees from the University of Illinois in Champaign-Urbana, including BA and BFA degrees in Art History, Germanic Languages and Literature, and Crafts. In 1991-1992, a pivotal study abroad year in Marburg, Germany enriched her understanding of the culture that deeply informed her early years. She completed her MFA in 1997 at Ohio University in Athens and moved to the Pacific Northwest in 1999.

Heidi Preuss Grew has been featured in numerous solo and group exhibitions in the United States, Asia, and Europe. She is a recipient of a 2010 Oregon Arts Commission Artist Fellowship (also in 2002) and was honored in 2007 with election into the International Academy of Ceramics. Her work won First Prize in the 2013 International Ceramics Biennial in Aveiro, Portugal. She has participated in international symposia, residencies, and exchanges in the USA, Lithuania, Japan, Denmark, Germany, Poland,  and the Czech Republic and has presented lectures and workshops widely. 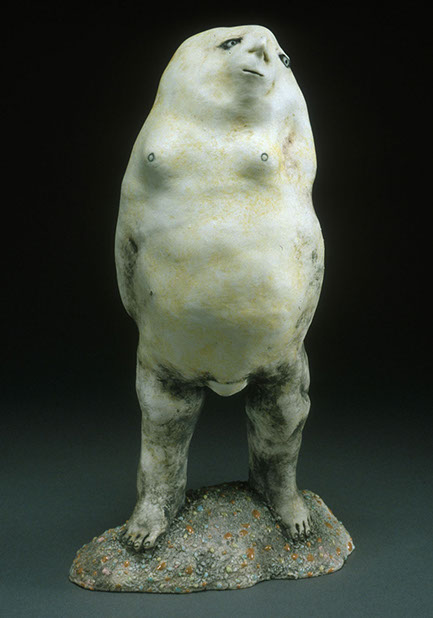 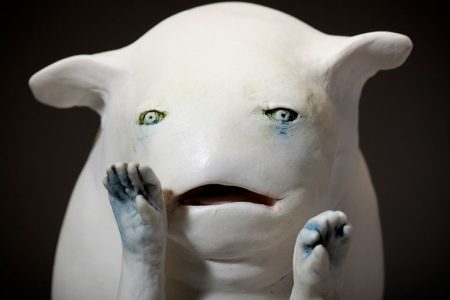 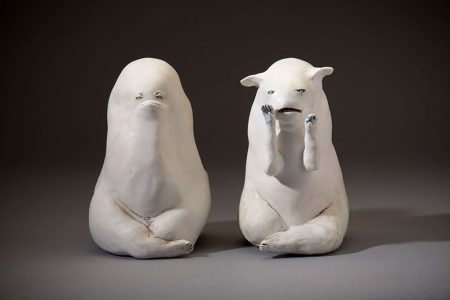 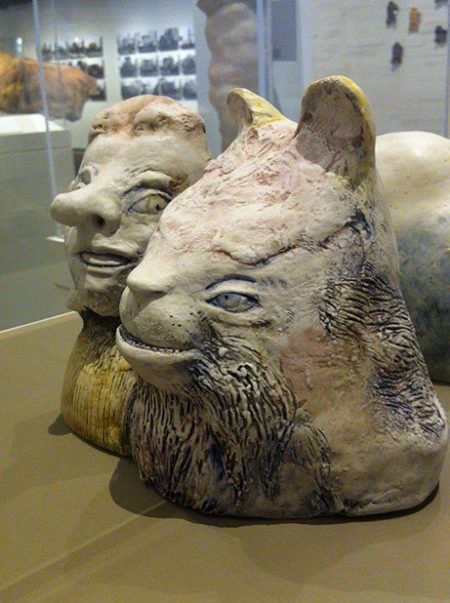 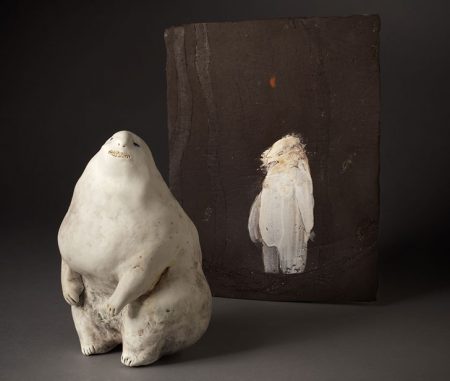 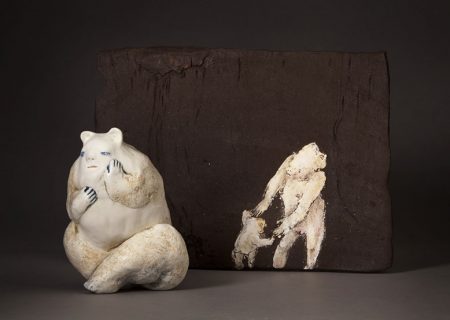 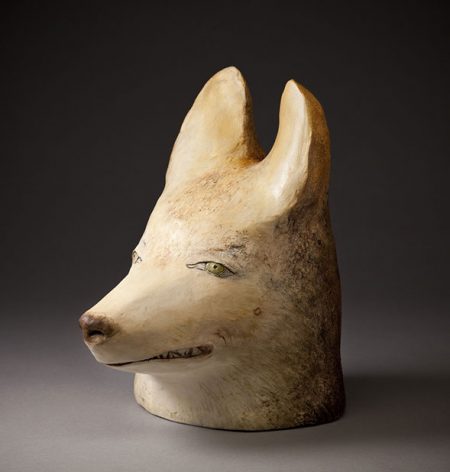 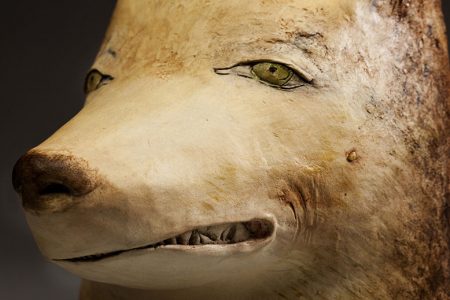 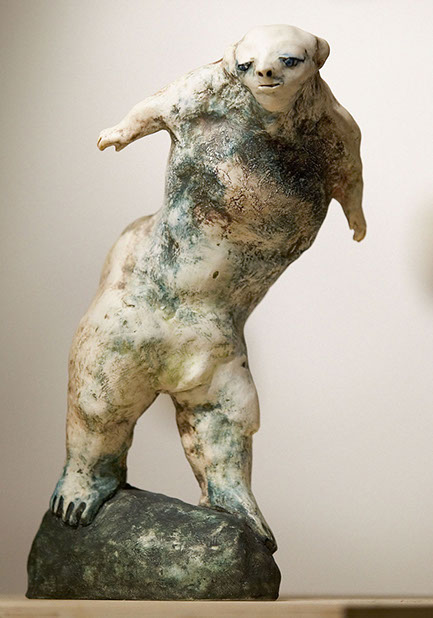 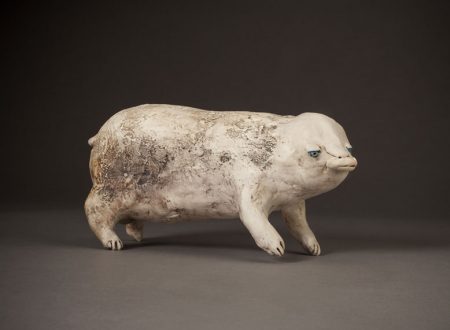 Figure On All Fours 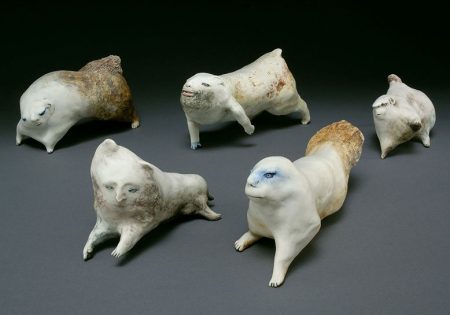 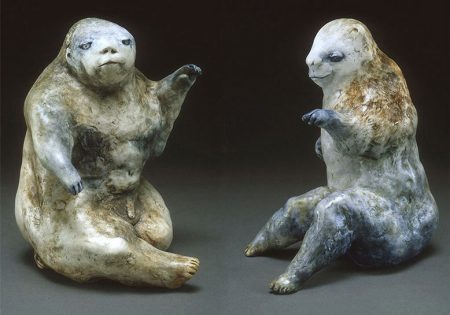 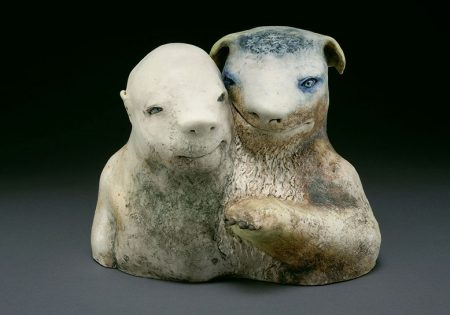 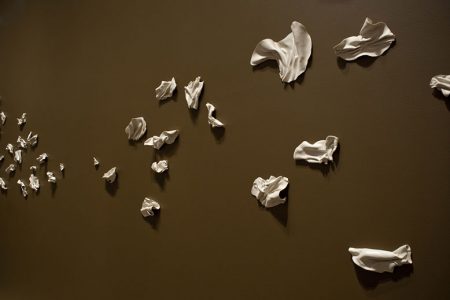