My current interest deals with the relationship between sculpture and literature. I am investigating ways in which the additive and subtractive nature of writing relates to the same process as sculpture making. Additionally, I am investigating connections between the visual arts and the literary arts. Do they both create a psychological impact on the audience through similar cognitive channels? Both the visual arts and literary arts have the task of getting into the minds of people. The literary arts are ephemeral, they work when they get into the minds of readers and are then decoded. The visual arts and sculpture deals with materiality and surface. Are there more barriers to accessing the metaphorical minds and consciousness of the viewer when one deals with material?  As a visual artist, I am curious whether the same narrative and story telling rules apply to both.

I tell visual stories with the use of animal imagery. In my work I wrestle with existential questions of life and death through the symbolism of the body and various animals. My intensely saturated ceramic figures represent the decadence of worldly pleasures, a vibrant source of energy that is antithetical to death and dying. It is through embracing life and living that the pull of death and suffering is kept at a distance. Like Aesop’s Fables, animals such as dogs, rabbits, crabs, monkeys and frogs provide a vehicle to express the human condition.  Animal imagery is the beginning of a deeper understanding of humanity. 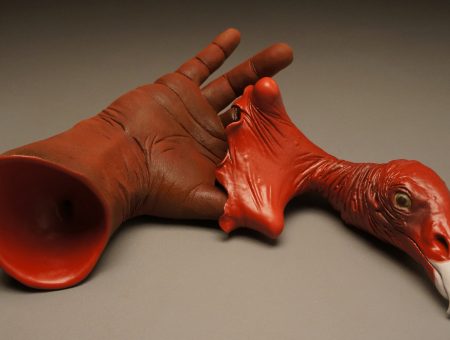 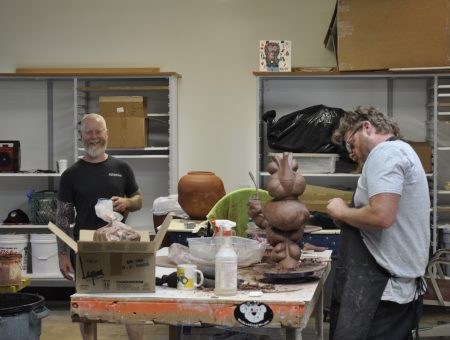